Our core retail patch is Hertfordshire and for many years the majority of our transactions have been centred in and around Watford along with surrounding towns such as Bushey, Rickmansworth, Kings Langley, Chorleywood etc. Throughout the years since I joined the company back in 2008 there has always been a surplus of retail accommodation due to either economic recessions, over supply of retail units or just the lack of uptake. 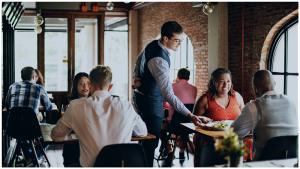 I remember when online retail first became popular and I think most commercial property agents including myself believed it could have been the demise of the high street.

It transpired that the high streets along with shopping centres were affected with the loss of a number of household names including Woolworths which at one time had 2 stores in Watford until 2018 when it entered into administration and BHS (British Home Stores) another long established retailer which went into administration in 2016.

Fast forward to December 2019 and the outbreak of Covid-19. The lockdowns that came with it decimated our town centres while everyone had to stay at home and with that shopped online. We saw closures of key stores the most unexpected being John Lewis which had been in Watford under different names for approximately 140 years, but in July 2020 it was announced that the store would not be re-opening.

Debenhams which opened in September 2018 as part of the £180 million extension to the then Intu Watford shopping centre now Atria Watford closed in June 2020, however the retailer Next swiftly took the space therefore taking up the large void. The Disney store which had been in the centre for many years closed its doors for good, which was another sad occasion. A number of restaurants also ceased trading which included Zizi, Bella Italia, Zinco, Meat & Shake and GBK (Gourmet Burger Kitchen).

The regeneration of Watford High Street

Some speculated that the fallout from Covid could damage the high street retail sectors beyond repair, however something very unexpected and really positive happened where certainly within Hertfordshire we did not see mass casualties. In fact, when people were allowed out again they flocked to the high streets and their local parades which were convenient to visit and well socially distanced.

We completed retail deals throughout the pandemic where a number took place on St Albans Road which proved that secondary/tertiary locations were still attractive. On Watford High Street and The Parade we were able to put together deals off market such as the re-letting of the former Zinco restaurant, which we let to Fratelli but had received two other unsolicited offers on, which showed that there was still a demand for restaurant premises even in the middle of the pandemic!

Jointly with Brasier Freeth we exchanged an agreement for lease on 60 High Street to a restaurant chain which is approximately 4,000 sq ft on the ground floor of a new mixed use development where the commercial lease is due to complete in the next couple of months. We also let the former ifix shop at 142 High Street again off market to Treatz Desserts which we look forward to seeing once they have completed their fitout.

In Rickmansworth High Street we let the former Prezzo of approximately 2,800 sq ft to Masala Bowl which is due to open shortly and we were involved in the re-letting of the former Halfords to Starbucks of approximately 1,500 sq ft all of the aforementioned showing positive demand for the hospitality sector.

We completed on a number of sales of retail and mixed use premises to both investors and owner occupiers which shows that people are still looking to invest in retail.

To sum up we completed on ­­­­­­38  transactions in the retail/hospitality sector during the pandemic (since December 2019) showing a demand for retail units in prime, secondary and even tertiary locations which has continued to this day and shows that people still want to go to the shops and not just go online! Click here to find out the commercial property trends for 2022.

If you would like anymore information on the above, the retail market or interesting in buying a retail premises, please contact our commercial experts on 01923 239080. Alternatively, click here to find out more about the services we offer. 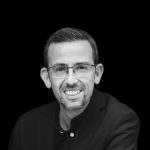